The Boxdale mine, originally referred to as the Coronation Mine started in 1955 and the Carlisle Reef Prospect has reports of alluvial mining being carried out as early as 1894 with reef mining beginning in 1897.

A total of 271 auger holes have been completed along the Boxdale-Carlisle Reefs Trend at the Elswick Road, Boxdale East, Boxdale, Boxdale NW and The Dam prospects (for a total of 1,387.5m).  Auger hole depths range from 3 to 15m, averaging 5.1m. The last 1.5m was sampled at auger refusal depth. At the Elswick Road gold prospect auger drilling defined a gold–arsenic auger geochemical anomaly over 1.4km in length and up to 140m wide associated with anomalous gold in rock chip results.

RC drilling was completed at both Boxdale by Gold Fields and at Carlisle Reefs by Magmatic Resources Ltd, with both programs returning significant intercepts, including: 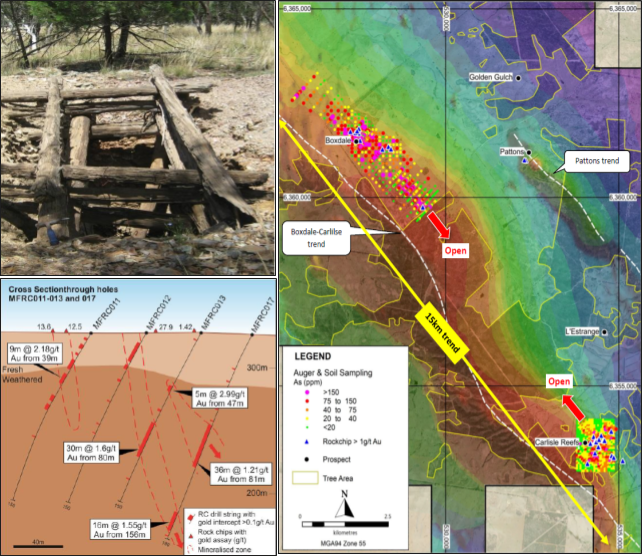 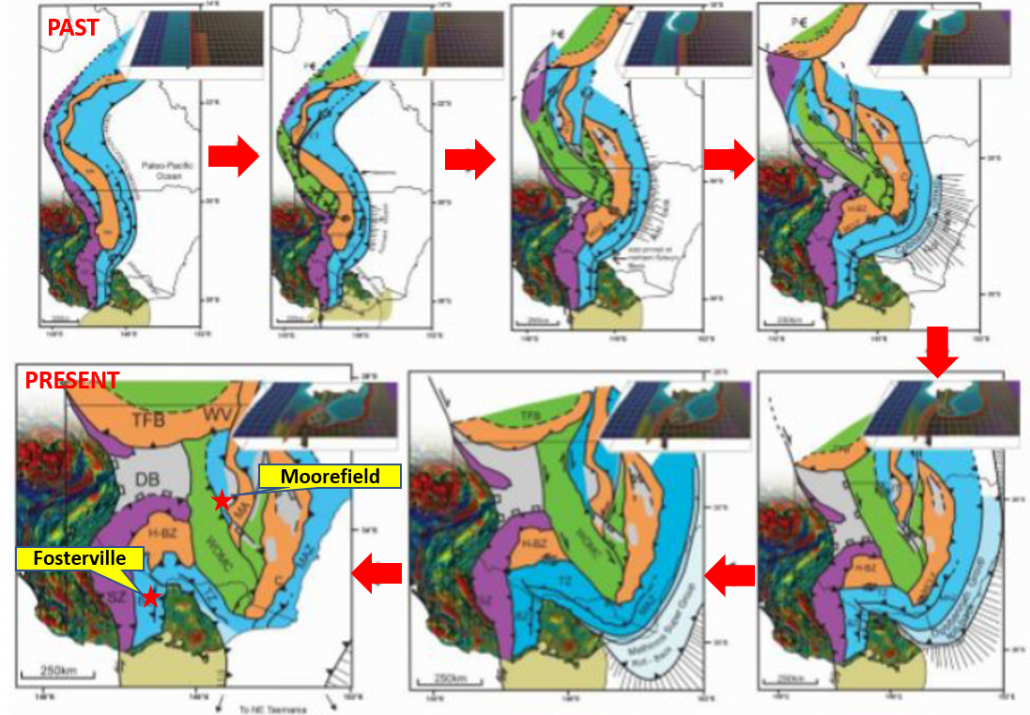